The Bengal breed started from a cross between the Asian Leopard Cat (ALC) and a domestic cat. Jean Mill from California was the breeder who decided to make a domestic cat with a coat like a wild cat. In 1983, the breed was officially accepted by The International Cat Association (TICA). Bengals gained championship status in 1991.

The Bengal Cat is one of the most intriguing cats available in the domestic world today. It is a medium to large domestic cat that originated from crossing the Asian Leopard Cat to the domestic cat in an attempt to create a companion with the “exotic” look of the wild with a domestic cat temperament.

The first cross of an Asian Leopard Cat to a Bengal is called an F1 (Filial 1), the second cross between an F1 and a domestic cat is a 2G (2nd generation), and third cross a 3G (3rd generation). These first three out-crosses are called foundation cats or early generation bengals. In general, male foundation cats are infertile and only females are used to keep developing the breed. After the 4th cross, the cats are already considered domestic Bengal cats or SBT, and they are eligible for competing in shows as any other cat breed. 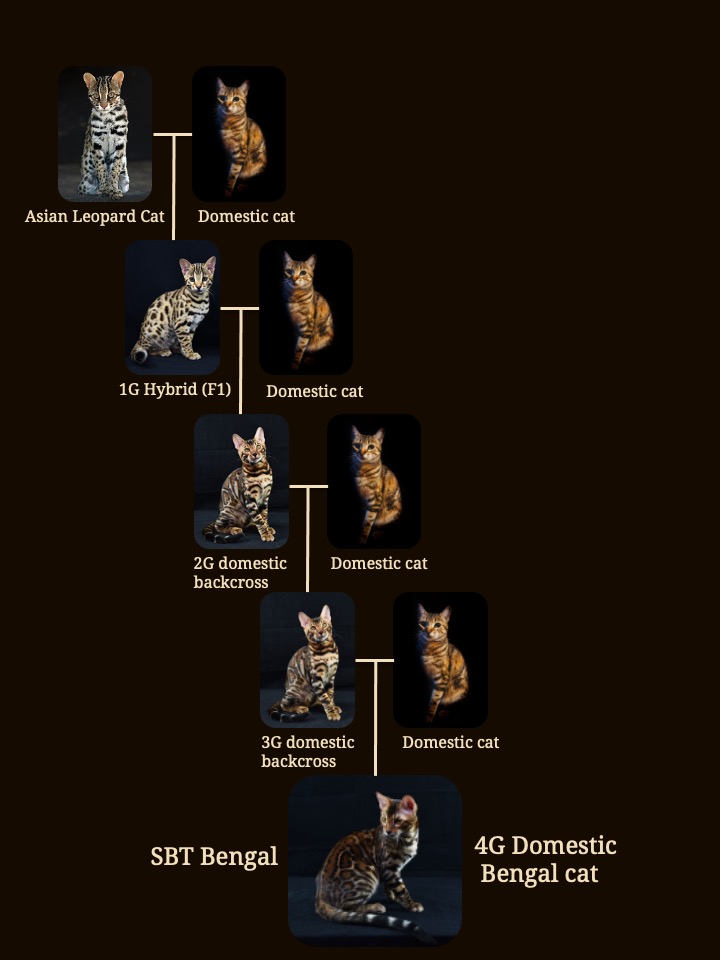 Here in Thailand we have Asian Leopard Cats (Prionailurus bengalensis) in the wild, and they are widespread over Southern Asia. They are very shy animals and quite difficult to spot in their habitat. Their size is very similar to the size of a domestic cat, they have stunning markings, puffy whisker pads and large nocturnal eyes, looking just like a miniature Leopard. 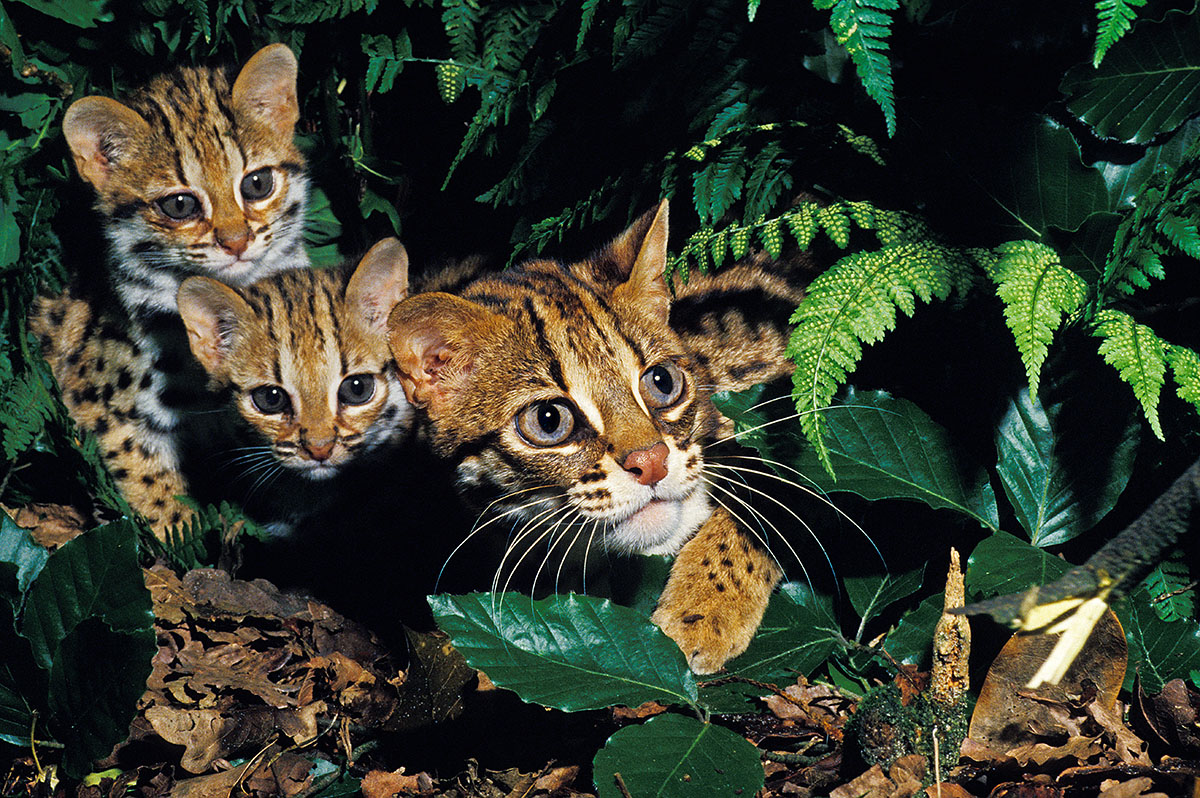 Asian Leopard cats in the wild

The Bengal is the only domestic cat that has a horizontal flow and can have rosettes like the markings in small forest-dwelling wildcats, leopards, oncillas, ocelots, margays or jaguars.

The other recognized Bengal pattern is the marble bengal. The marble pattern was created from a combination of the classic tabby pattern in the domestic cats used in the make up of the breed and the Asian Leopard genes. Marble bengals have a very random pattern with swirls and horizontal flow that no other domestic cat has. 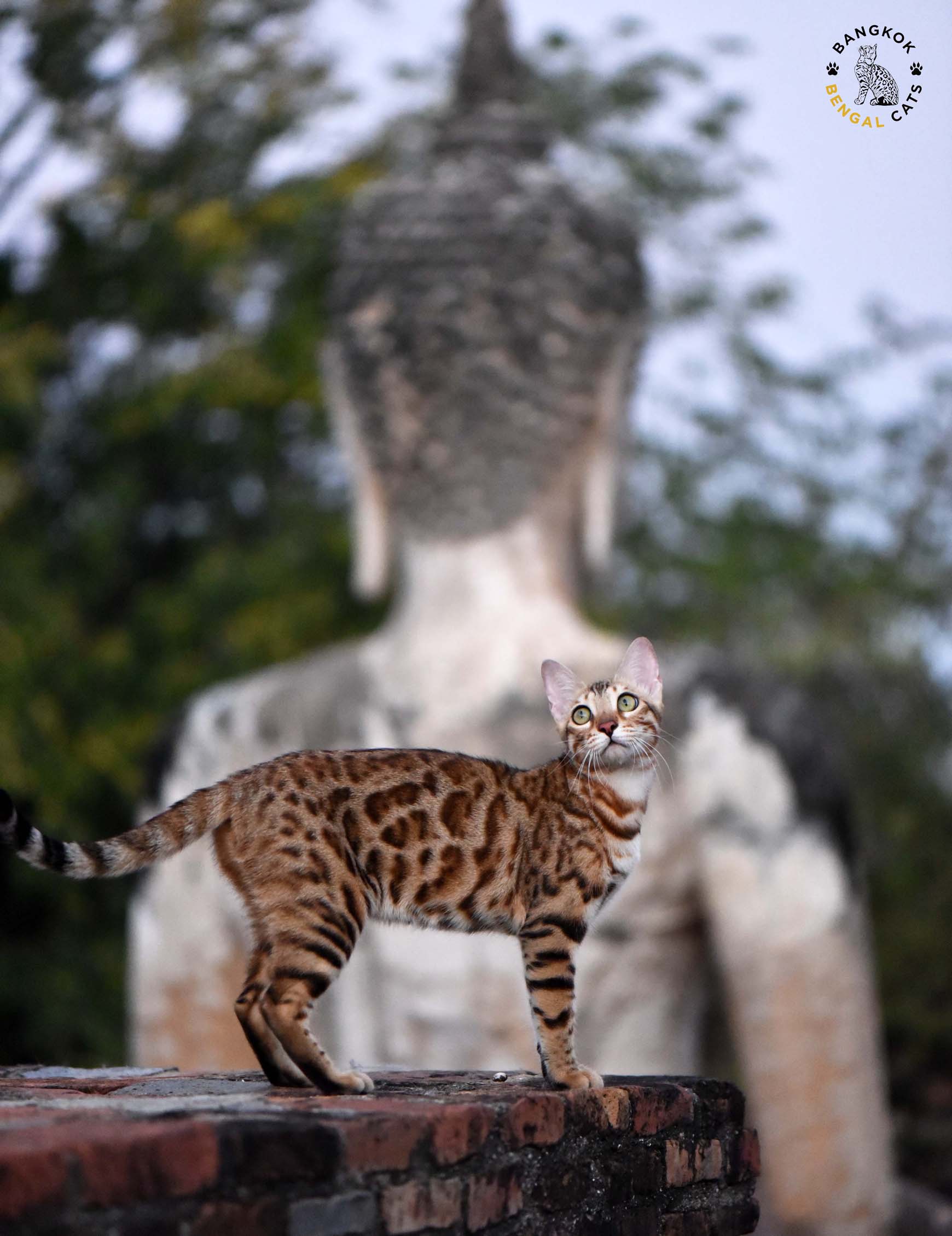 The brown Bengal is by definition the the colour of its wild Asian Leopard ancestor, and it comes in many different shades varying from cool brown to golden, and red/orange hue’s.

Brown bengals have been my inspiration and the colour we mostly focus on at home. Markings can be varying shades of brown to black, and vivid contrast gives the Bengal its wild looking coat.

It is also desirable for brown Bengals to have countershading (expression of a dark topside and a light underside) or also commonly referred to white belly, but this trait coming from the Asian Leopard cat is very difficult to achieve and it can even take more than 1 year to know if a Bengal will keep the whited expression or not. 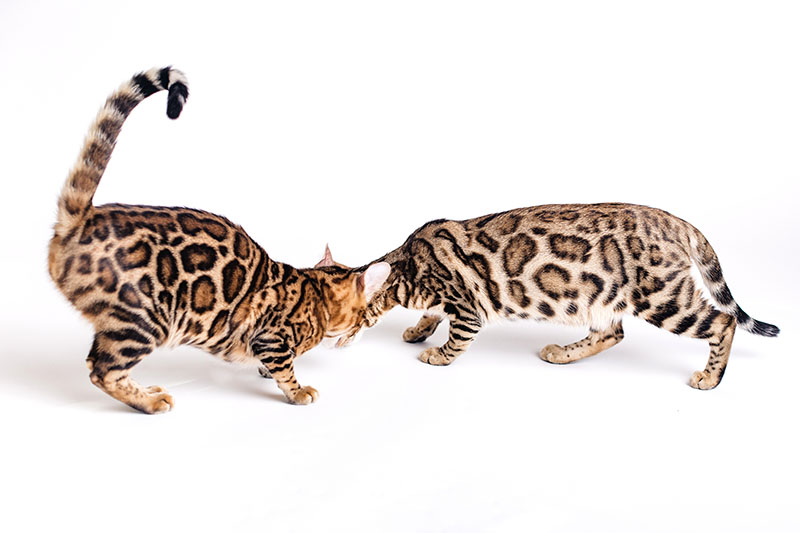 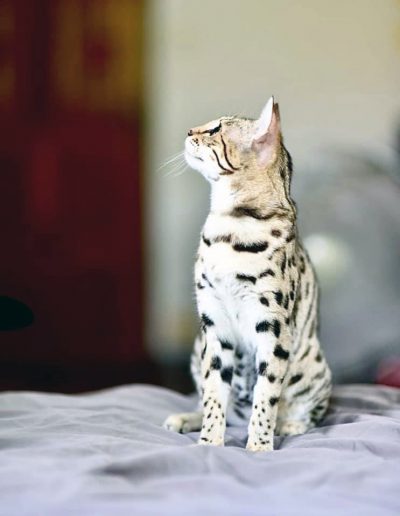 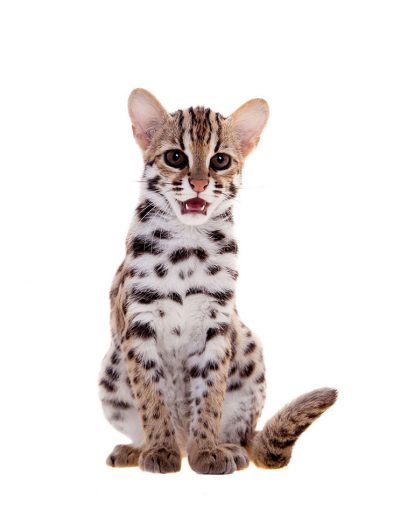 Paijanne with her whited expression and an ALC belly 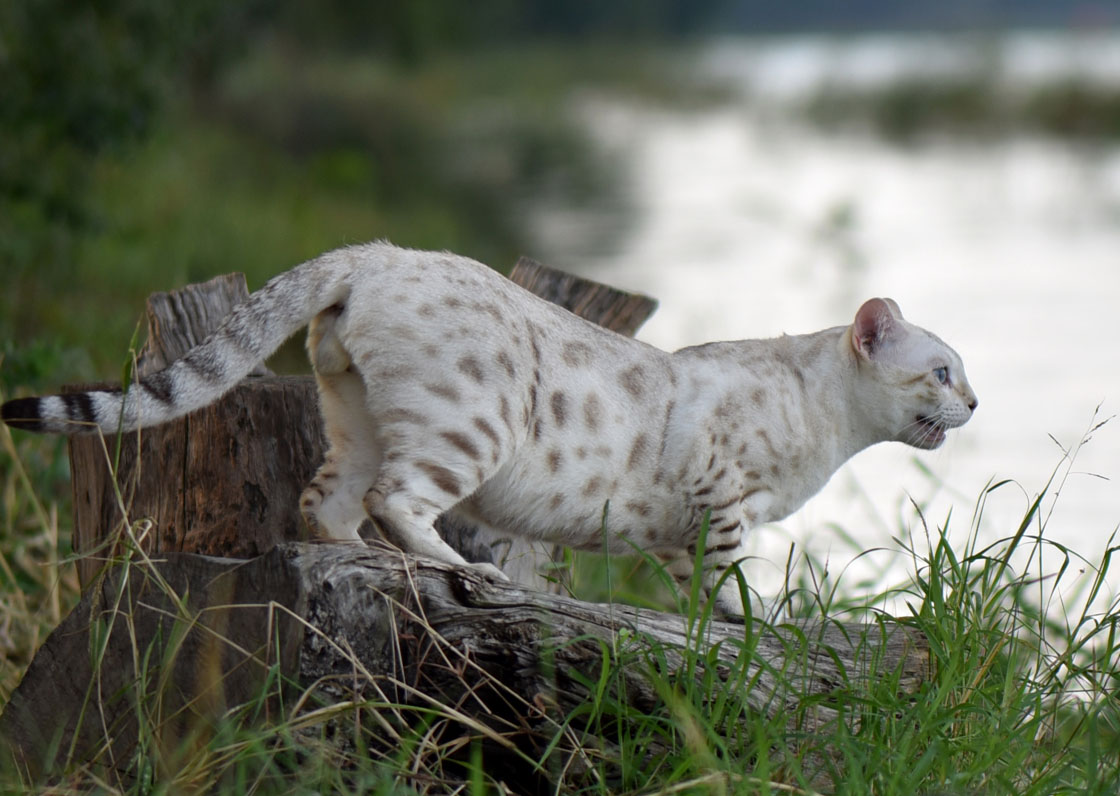 Snow colors were introduced through domestic cats Siamese and Burmese. There are three variations of the ‘Snow’ Bengal: the seal-lynx, Seal-mink and Sepia. The snow bengals remind to the snow leopards, and it is desirable to not have a strong black nose and tail as Siamese cats do.

Snow seal-lynx kittens are usually born completely white and their pattern emerges with age, while most of Snow Mink and Sepia are born with a visible pattern, and it will be darker than the Snow seal-lynx when adults. 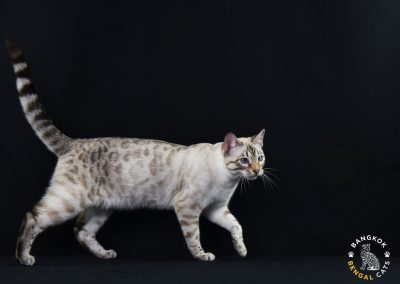 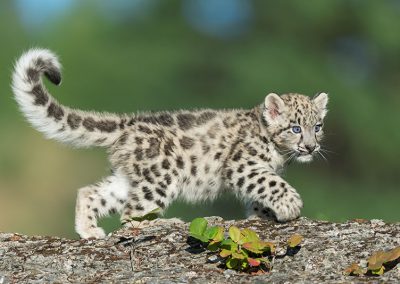 Papyrus, a snow-lynx bengal and a young snow leopard in the wild 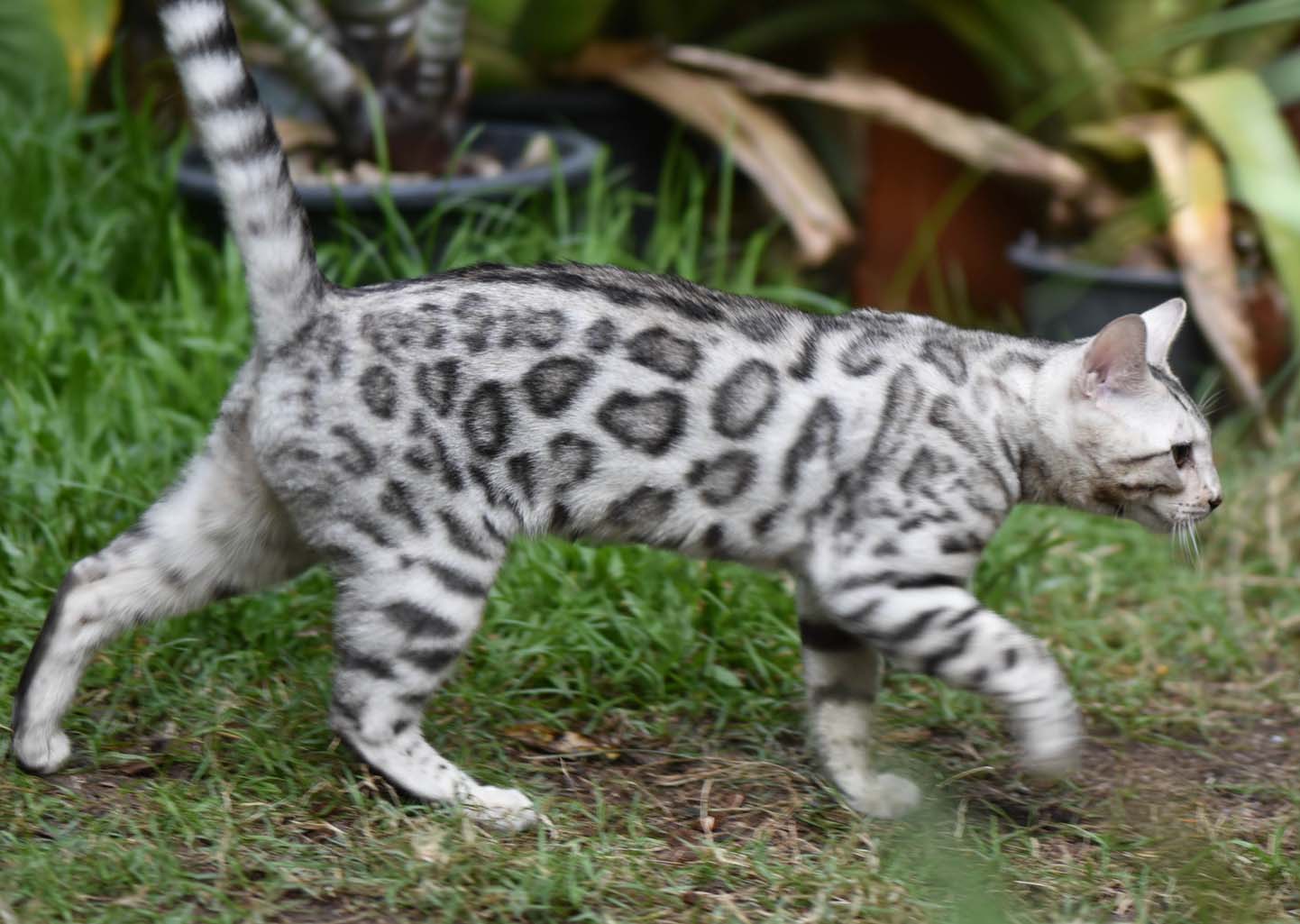 Silver bengals have a white or silver background with dark or black markings, though they can also come in different shades. This colour or effect actually comes from a gene that inhibits other colours to show. So different Bengal colours can actually be silver, because what the inhibitor gene does is to not show the pigments of the coat such as yellow, brown or red, creating a silver cat. Generally silver bengals are brown bengals with the inhibitor gene, though other colours can be found in silver too such as silver snow bengals with icy tones.

Many Bengal kittens go through a stage we call the ‘Fuzzy’ stage. The “fuzzy” period is a period of camouflage just like a wild cat cub. At about three weeks old, nature hides the Bengal kittens pattern with white tipped guard hairs that we call the fuzzy’s. Usually between the ages of four months and nine months the colour and adult coat will appear. At this stage it is often difficult to imagine the beauty of the coat. Fortunately, with our experience and looking at the past litters development, we will have a good idea on how may develop later on. 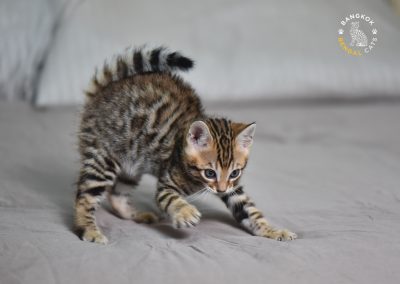 Fuzzy stages of Bangkokcats Sandstorm and an ALC kitten 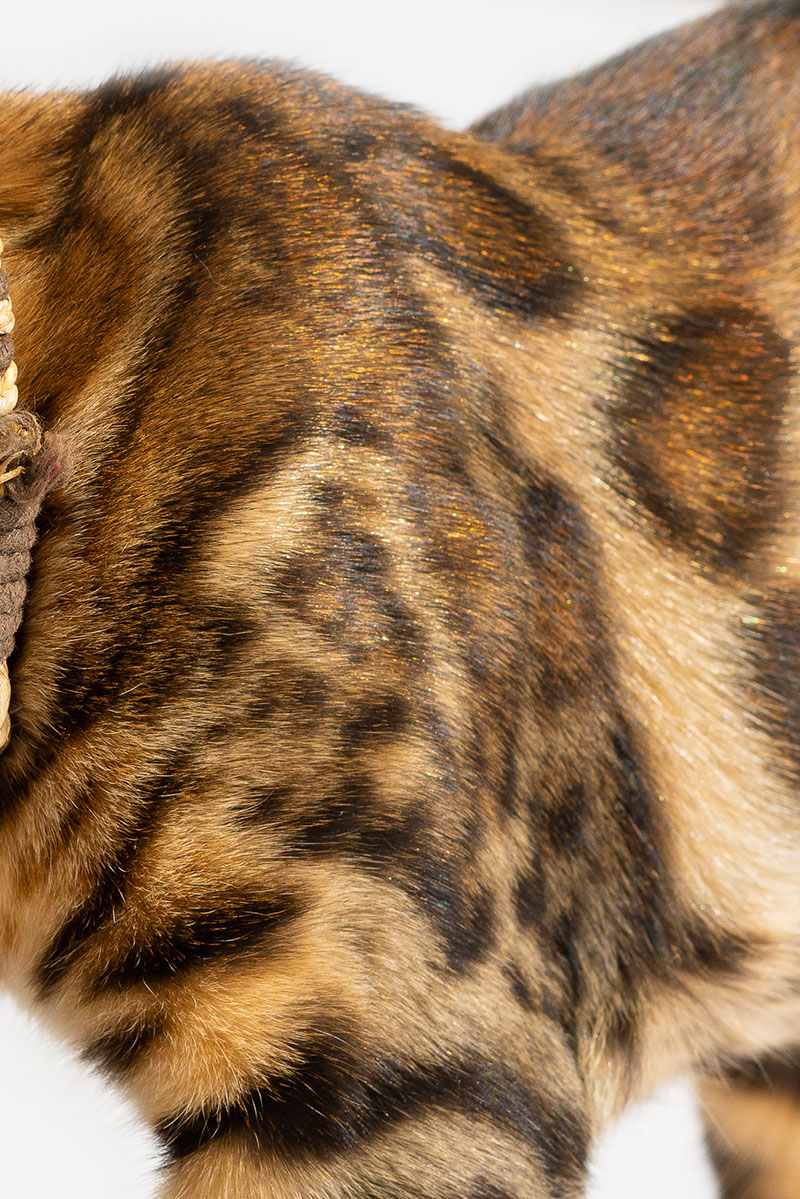 Not all Bengals have glitter, but on the ones that have, it resembles golden or silvery shimmering flakes, and sometimes even copper or platinum. It’s especially striking on cats with a shorter, velvetier coats or pelts where the light really gets in there and makes it shimmer.

When glittery Bengals were first shown some judges tried to rub the glitter off with a cloth, as they were convinced that it was an artificial add-on that some savvy breeder had applied to the cat to make it stand out!

Under the microscope, glitter appears as “hollow air space” surrounding the colour of the hair. It is sometimes described as bubbles of air, almost crystal like.

Glitter does not come from the Asian Leopard cat, it is thought to have come from a domestic spotted cat used in the beginnings of the breed, called ‘ Millwood Tori of Delhi’.

Much like the snow or marble bengal genes, glitter was at first concluded to be a recessive gene, but more recent evidences seems to point to the possibility that glitter is actually an accumulative gene.

It is very difficult to capture glitter in photos!