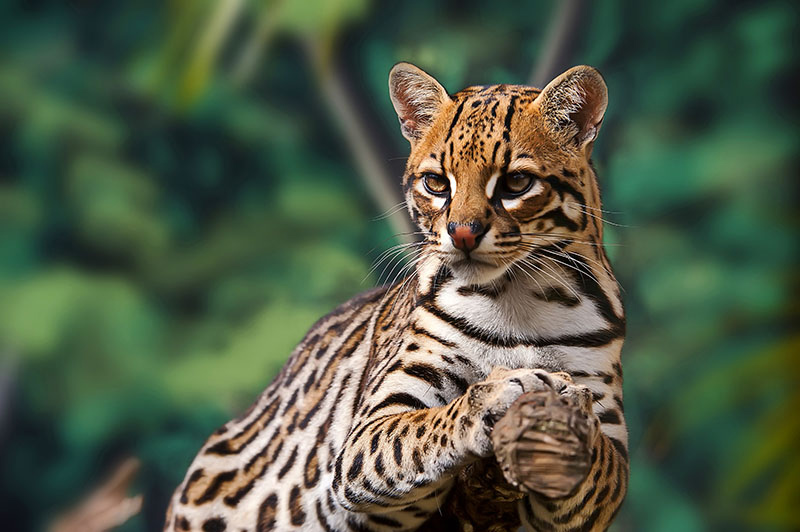 What does make a cat look like a Bengal cat? Is it only the pattern? Definitely no! The goal of the Bengal breeding program is to create a domestic cat, which has physical features distinctive to the small forest‐dwelling wildcats, and with the loving, dependable temperament of the domestic cat.

For this, there are a series of physical traits that make cats look like these small wildcats.

Today we will take a close look at the ears. Ears is one of the most important parts of the head, and they can help a lot in creating this wild look that all standards seek. In shows, just the score of the head is between 30 to 35% of the total score depending on the organization. Other traits of the head will be discussed in other days.

If we take a look to the small wild cats that exist in the world such as ocelots (Leopardus pardalis), ALC (Prionailurus bengalensis), margay (Leopardus weidii) or oncillas (Leopardus oncifelis), they all have rounded and medium to small ears. This is the goal of Bengal cat development and standards: short and round-tip ears.

What does make ears look small? In fact, ears small or not, the most important is the look of these ears, they need to look short and rounded, even though they might or might not be that small in size. The position of the ears and the skull structure play a very important role too. A high back-skull will give a look of much smaller ears, even though they might be the same size. You can see the example of an Abyssinian face with normal head, and then the same head with added back-skull. The same with the ALC face that has a high back-skull, if we take the back-skull out it looks that ears are much longer, but in reality ears are the same size.

Position of the ears is also important. Very high placed ears will give the impression of long ears, while if they are quite separated between them it will give much more the look that the standard is looking for.

The development of the ears, head and skull finishes quite late in the kitten’s development, so it is quite difficult to see in kittens if ears are short or long for all the reasons above explained.  Usually, kittens of few months old will look like they have much longer ears, and once they become adults they will look smaller. Looking at the parent’s ears usually can help to determine how the ears will be when they are adults, even though there are always differences between kittens of the same litter.

As I explained in my post related to pattern, where smaller rosettes or spots are not better than bigger rosettes or the opposite as all of them are accepted and equally valid, ears appearance play an important role to determine the quality of the Bengal and therefore to select Bengals for breeding and show.

All this information above makes reference to the international standards and breeders that are following them. Nevertheless, breeder preferences might be different, as well as customers and even show judges!