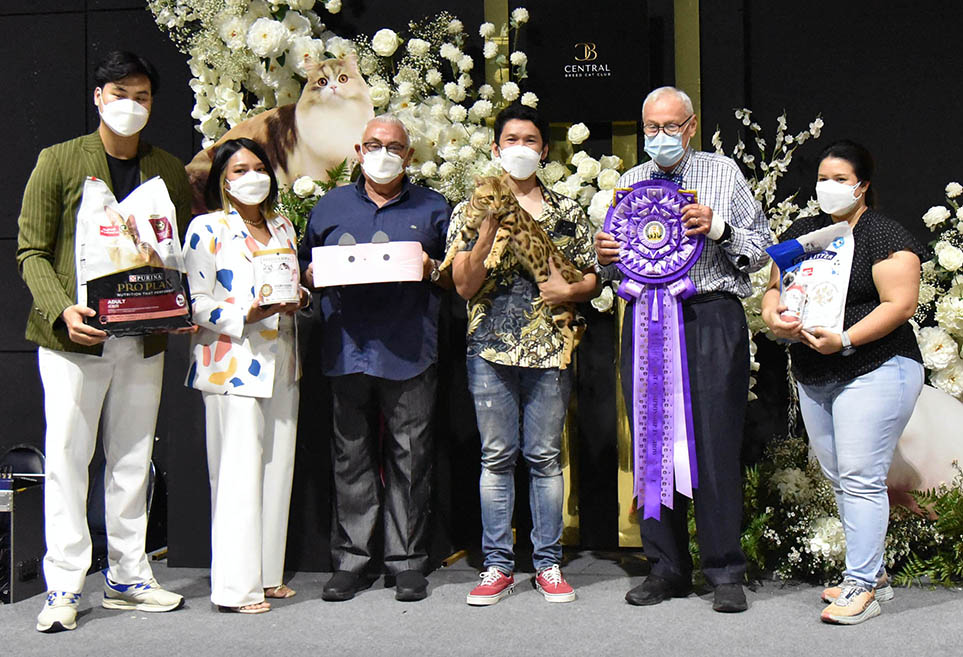 Bengals made history in Thailand, with new records and something that never happened before in a CFA Show in Thailand: two Bengals got the highest scoring of the show in Championship and Premiership classes!

Very happy with the results from yesterday’s show! BangkokCats Forbidden Fantasy (aka Top) was the Best Champion of the whole show and he reached the Grand Champion title..! In a CFA Show in Thailand never happened that a Bengal would obtain the highest score of any of the three classes of a CFA Show (Kitten, Adults and Neutered cats). So he not only Granded but also obtained the highest reward he could get in a show!

If with Top wasn’t enough, BangkokCats Whiskey competing in the neutered class also got the Best Permiership of the show with the highest score and he has become the first Grand Pemiership Bengal in Thailand’s history!

Congratulations to the owners Khun K and Khun Nim to make it happen, with super good care and love to this amazing Bengal coming from our cattery.

In this show we brought a Bengal for each class, and in the kitten class we brought SilverCrown Sirius Black of BangkokCats, our future stud that we brought from France, and he got 2nd and 8th best Kitten Allbreed, so he also did an amazing result placing himself to the 3rd best kitten of the show!

This show had a total of 115 cats and competition was fierce! Thank you very much to all exhibitors; to all judges that did a great job as always with very detailed explanations, and also a special thanks to the show organizers Thanaban, Grittanuth and Zuns for making it possible, and the sponsors Pinkpawpal, Dr. Choice, FurrQueen and Purina. Hope to see you all next month!