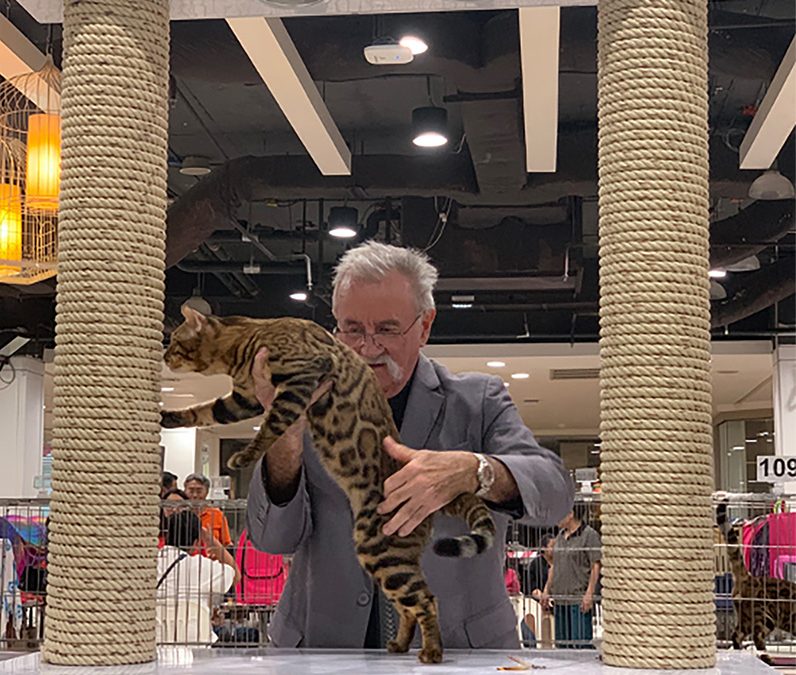 And we brought Bangkokcats Soju to his second show, the 4th Bangkok Cat Party CFA International Cat Show. Soju became the 2nd Best Champion All Breed Short hair in one of the rings. With the scorings among the rings, Soju has become a Champion!

This show was quite interesting and the competition was fierce! There were more than 15 Bengals in the show and it was only Soju and another Bengal cat that were called to the rings on the 2nd round!