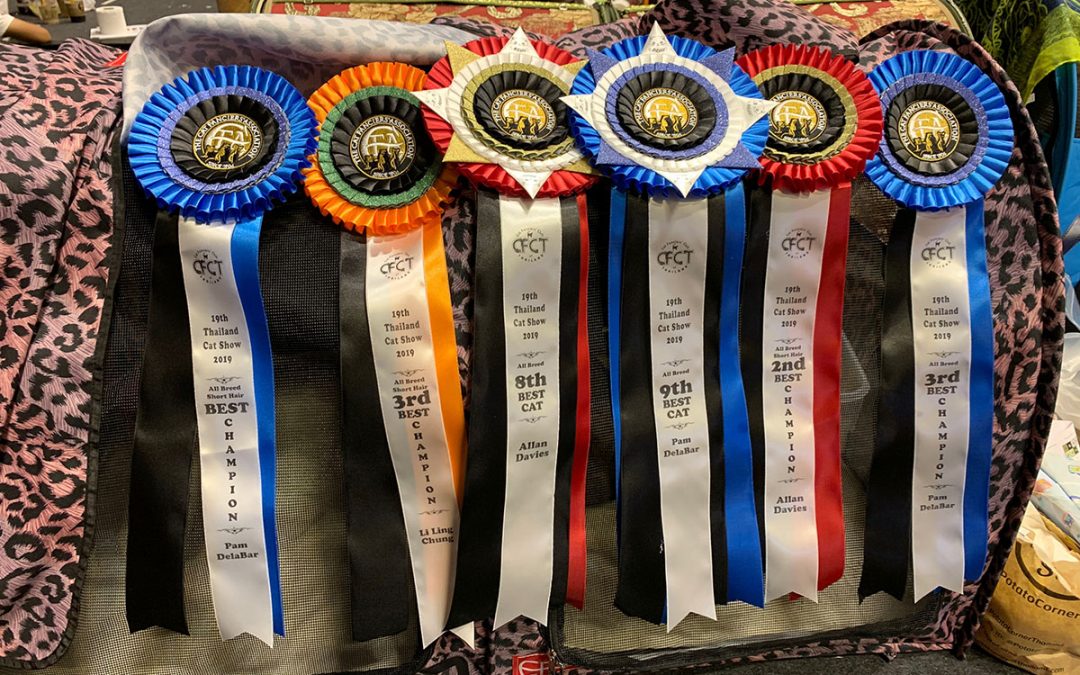 We finally decided to bring Bangkokcats Soju to one of the CFA shows in Thailand held yesterday 28th July. This show had 6 rings with 6 judges coming from all around the world, and we are very happy to announce that Soju got called in most of the rings!

This has been Soju’s first time in a show and he has done pretty well. The show went quite slow as there were 6 rings, and we could feel that Soju was pretty tired at the end. In the first rings he was very playful and interacting a lot with the judges while during the last couple of rings he was less interested, he wanted to go back home!

Soju got many treats when we arrived home! We thought he would be just interested in sleeping when we were back, but after eating a little bit he started playing crazy with the new toys we got for him and playing fetch with us. I think we were more exhausted than him!